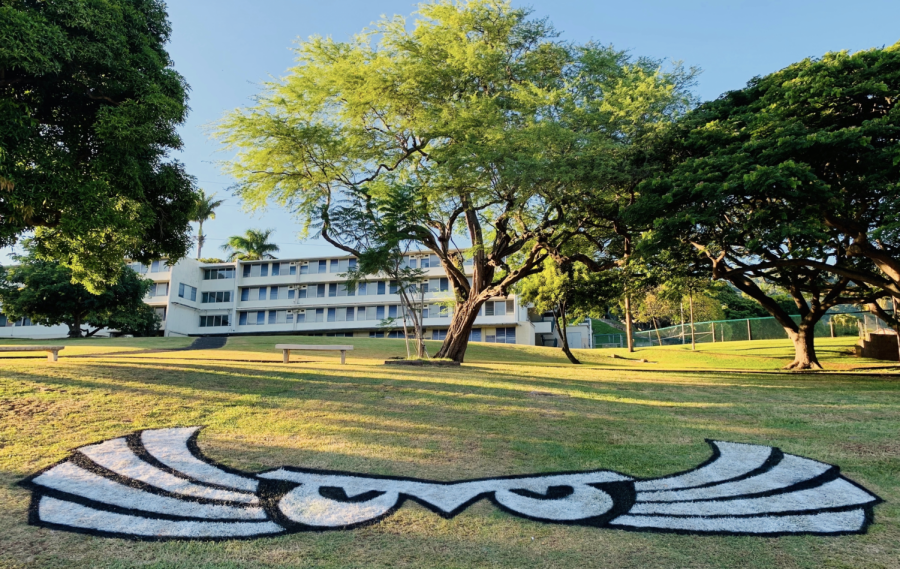 Students are missing campus scenes like this one as the coronavirus pandemic extended Mid-Pacific's campus closure to the end of the school year and into summer school.

A widespread disappointment filled the hearts of students as they heard the announcement that  the Mid-Pacific campus would be closed for the rest of the school year.

On April 17, Mid-Pacific administration announced the campus closure will be extended to June 30.

Students said they were surprised to hear that the campus closure would be extended until a month after the school year ends.

“I would say I was really surprised, because I thought we were only going to be closing for the rest of May, so hearing that we’re actually not allowed on campus till June, it really makes me sad,” said sophomore Lauren Hayashi.

Other private schools on the island also made the decision to close their doors for the rest of the year.

‘Iolani School’s on-campus operations have been suspended for the remainder of the 2019-20 school year, as well as the upcoming summer session, according to school officials. Kamehameha campuses and preschools will be continuing distance learning to the end of the school year.

One student said not being able to go out and have social connections with people has made her miss her friends even more.

“I miss being with my friends and just getting to interact with people because right now I’m not interacting with anyone unless it’s over Facetime,” said freshman Katrina Oide.

“I’m kind of relieved because as much as I miss being at school and being in the environment I think this is a good time for us to make sure that nothing spreads, nothing gets worse,” said junior Erisan Awaya.

The most recent data for Oahu indicates 400 cases of coronavirus, according to the State Department of Health.

Seniors said they would miss not having any of the class bonding activities that were planned. Some said they had very emotional responses, such as class officer Tiari Abear.

“I cried. I started crying, but we were in class, so I was trying not to,” said Abear.

Senior and class officer Justin Li said the update on the campus closure was something he was hoping to never hear, especially since the class of 2020 is the first to not have a graduation in Mid-Pacific’s history.

“I’ve been kind of depressed about it for a long time. I was dreading that news this entire time. I mean we’re the first class to not have a graduation since World War 2,” Li said.

Seniors are trying to cope, but said they are disappointed because graduation is something that students look forward to throughout their years at Mid-Pacific.

“It’s a lot harder for us to handle this, it’s graduation, I mean you can’t replace that,” said senior Kellen Tanaka.

President Paul Turnbull  announced in the high school newsletter that the school would still have several key events for the senior class, including:

Going through this rough patch in time, students said they are learning to be appreciative of everything and acknowledge what we have in our lives.

“I’m definitely going to be grateful towards everything that I actually have and be thankful that I get to go to a school like Mid-Pacific…it’s just I haven’t noticed it till now,” said Hayashi.