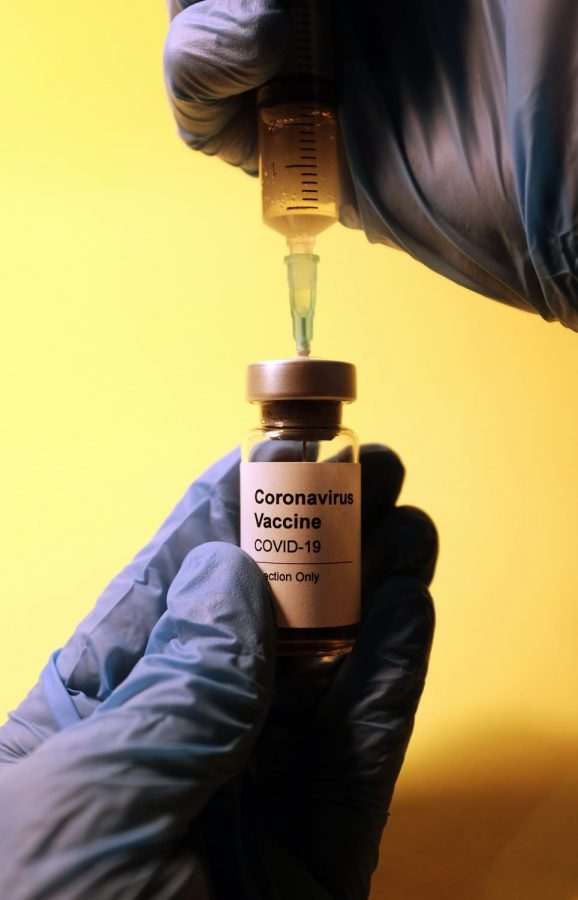 Several Mid-Pacific teachers received the COVID-19 Vaccine as Hawaii moves to the next tier of distribution.

Quite a few Mid-Pacific teachers have planned for and received the COVID-19 vaccine, aiming for a greater sense of security and safety during this pandemic.

COVID-19 vaccinations were opened up to teachers and other front-line workers on Jan. 5, which moved vaccine distribution into phase 1b, along with adults 75-years-old and older across the state of Hawaii.

Phase 1b is the second phase of Hawaii’s plan to distribute vaccines, which is estimated to be 20 percent of Hawaii’s population, according to data from the Hawaii Department of Health.

More than 276,600 total vaccines have been administered in Hawaii, which is 12.5 percent of the population with at least one dose of the vaccine, according to the DOH.

Both of the vaccines, Pfizer and Moderna, are the two-dose vaccines that are offered and approved by the Food and Drug Administration last year.

“From a leadership perspective, I’m a bigger believer in going last so that all of my employees and everyone on my team goes first and I take care of them first, but in this case, after many discussions, it became clear that the leaders needed to go first to show that it wasn’t a scary thing,” said Turnbull.

Wheeler, however, said people may think they don’t have to worry about the pandemic since we now have the vaccine.

“I do think that people see the vaccine like a suit of armor, that as far as thinking, ‘I have the vaccine, I don’t have to worry.’ I don’t want this misunderstanding about what the vaccine does, and people to engage in more reckless behavior,” said Wheeler.

The most important thing, especially around the vaccine, is to be educated, said DeCosta.

“As an educator and myself, when I heard about the vaccine on the news/social media, I didn’t automatically say “Oh, I wanna get it” whilst listening to what everyone was saying. I really did my homework, by reading about it and making my own decision,” said DeCosta.

Regardless of the vaccine, we still need to maintain the safety of our campus, said Beste.

“As one of the Junior class advisors, there’s a part of me that 100 percent wants to say yes, but I also think that we need to maintain safety. So again, I’m going to refer to experts and the folks in charge for this kind of thing because we really don’t want to become a site that is accidentally spreading COVID or inadvertently spreading COVID,” said Beste.

Christine Toguchi, high school math teacher, has opted not to get the vaccine since she said she is still breastfeeding.

We really don’t want to do this again next year, and hopefully, new research will come out about the vaccines, said Toguchi.

“I really hope that research comes out that it’s safe for children to get the vaccine… I love teaching but this is not the situation I signed up for,” she said.

The vaccine is both a sign of hope for us in the pandemic, but also a cautionary tale, said Turnbull.

“It’s absolutely a sign of hope that we’re taking the next step to solving some of the underlying issues with the pandemic, but it’s also a cautionary tale that if people start getting lazy, and they start thinking, ‘Oh good, the vaccine is out there,’ rates are going to start going up,” he said.