Virtual runs allow runners to race on their own 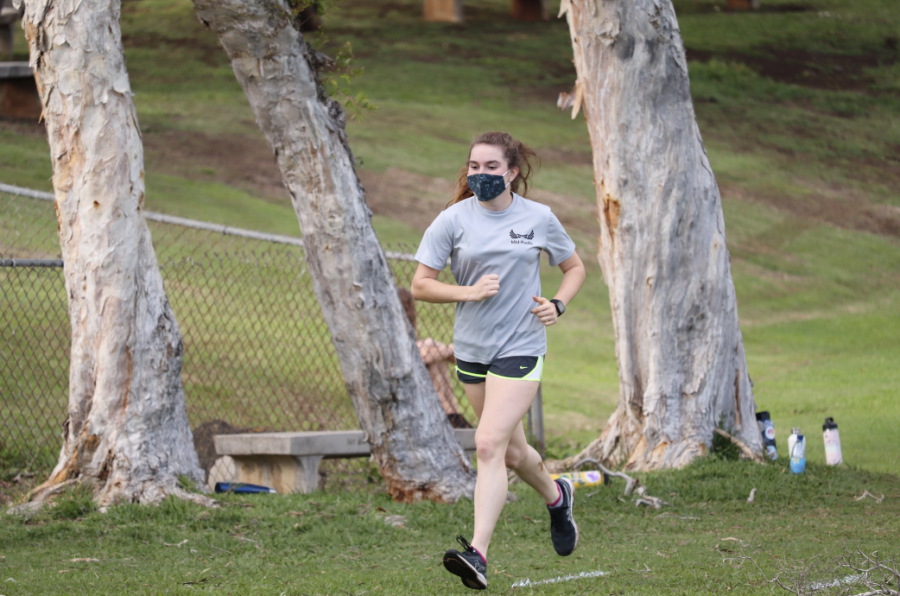 With sports either canceled or altered, and virtual races becoming trendy, we learn from experts and students how to train for virtual runs.

With many sports and events like the Great Aloha run getting cancelled around the island, marathon organizations have found a way to continue their races virtually.

All Marathons have gone virtual by letting their runners individually race on their own timeframe and course.

Although the rules and regulations have transformed, athletes and coaches routines have remained the same.

“A good routine every race is good to have. Get a good night’s sleep, wake up in the morning, and have a light breakfast. Concentrate and think about your race for that day,” said cross country coach, Rick Hendrix.

Due to all the changes, the marathons are now programmed and based completely on your own schedules to help accommodate your day to day life. The amount of the marathon has remained the same, instead you are planning out your route and timing yourself.

“For the round the island race, I wrote myself out a program that I wanted to follow. It was something new for me, getting to write the program for myself, usually, I’m writing the notes for the athletes,” said Lee.

As eating and nutrients are a huge part of preparing for a race, there are many other factors. Things like music, accessories, equipment, finding time for it, etc.

A big factor because of virtual races are the participants finding time and motivation for the run.

“A couple of times a week, I was running and wanted to incrementally run this amount at this time. So I knew I couldn’t go out and do as hard as I could do it every day, I had to pace myself over the course of around 3 weeks,” said Lee.

“I have to run on an empty stomach. So it depends on what time the race is at. If it’s in the morning then I either won’t eat anything or have a small protein bar. If it’s in the afternoon iʻll have one meal which is usually pasta or something with a lot of carbs in it,” said Russo.

Since Mid-Pacific issued a new rule where they no longer allow multiple people to race together at once it can be hard to find the motivation to keep up when no one is around you.

“Without people to push you it’s hard to keep that motivation up,” said sophomore Gabe Theriault.

However, music can be a huge help for some runners. The right music can help you: keep your pace, your energy level up and possibly make running enjoying. However, Hendrix encourages his students to run without music.

“I’m very old school and don’t listen to music when I’m running and I pass that on to my runners. I want them to concentrate on their form and breathing,” said Hendrix.

Even though Coach Hendrix prefers his students to listen to their breathing instead of music, some athletes find warming up or stretching to music can be beneficial.

“Well we’re not allowed to run with music during practice..I really like upbeat music, or even some 80ʻs pop to get me pumped up,” said Russo. One of Russoʻs favorite 80ʻs bands is Queen.
As many things contribute to preparing for a virtual race, another huge factor is getting your body ready to race. Which can mean: stretching, staying hydrated, getting a good night’s sleep and making sure you have everything you need to run.

Stretching for any sport is super important but especially for running, to make sure your body is warmed up and prepared for the upcoming cardio.

When asked what are some equipment athletes could never leave the house with many replied with running shoes, a water bottle, but then some athletes added mask separator to their gym bag.

“The plastic mask separator is probably my favorite thing ever while running with a mask it helps so much,” said Russo.

On the day of the race, it’s important to make sure that you’re fully prepared. As Coach Hendrix encourages resting and staying low till your race, that’s exactly what Russo does.

“I go through the day thinking about the race. On the day of the race, I won’t do anything super tiring, I usually sleep in and chill,” said Russo.