Hypebeast: Are students letting the labels they wear define who they are? 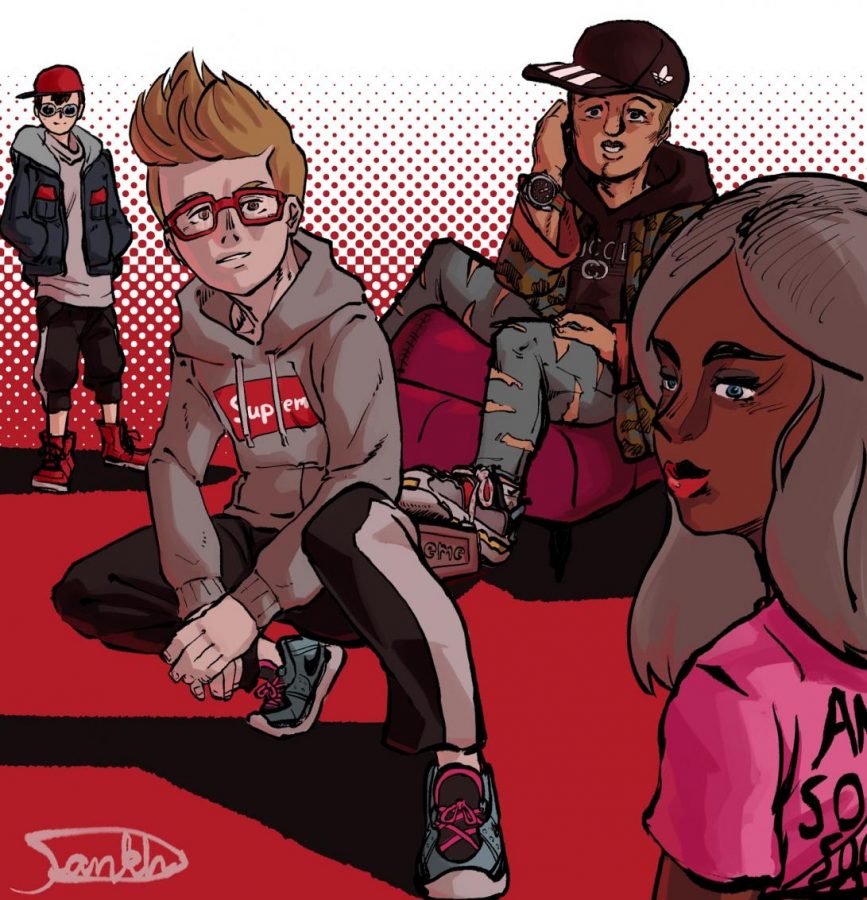 A student stands up to put on his Gucci bag, walking out in his Yeezy Powerphases. To flex or not to flex, hypebeasts stand out by wearing what’s in.

“People walk around wearing Off-White and the stripes on the sleeve, but do they know that the designer was an architect major and the stripes are paying homage to that?” said the senior.

One way people label others a hypebeast is by the brands they wear. Students who are seen wearing Bape shirts, pairing it with their Supreme backpacks and finishing off the fit with a pair of Gucci sneakers, could be looked at as a hypebeast. A self-proclaimed hypebeast Logan Tanaka shared his struggle of being a hypebeast.

“Everything gets to a point where it’s too expensive, so you have to pick and choose what you want.” said the senior wearing a Bape headband and collared shirt.

Hypebeast is rooted in streetwear culture and its origins date back to 2005. The word originates from HYPEBEAST, a popular online magazine that writes and post stories on the hypebeast lifestyle. The term became mainstream by rapper Trinidad James’ song “All Gold Everything”.

The term is now commonly used in society and the streetwear culture became more mainstream from celebrities joining the movement. Celebrities like Kanye West is a big influence, and female celebrities as well such as Rihanna and Kylie Jenner.

A stereotype that comes with being labeled a hypebeast is the question of where the money to buy the hype items come from. Students such as senior Ben Wong, tried a ‘dress for less’ option because it is hard to keep up with the newest trends on a student budget.

“Sometimes my friends and I go to Ross or Savers and have a competition for who can make the best fit,” said Wong.

The word hypebeast just like every other label, is up for interpretation. Even if not admitted, friends and outside influences affect the decisions we make when it comes to what we choose to put on everyday. Micah Suan said that his friends got him into it.

“I thought it would be cool if I could have another median that I could connect to my friends with,” said Suan

Though it might be hard to create a clear definition of a hypebeast, it is commonly known that fashion is a way for people to express their individuality. People buy and wear things that will make them feel confident. Zuern shared that people shouldn’t buy stuff for the sake of buying it.

“I think it’s even more enjoyable if you do it to mark a memory,” said Zuern.