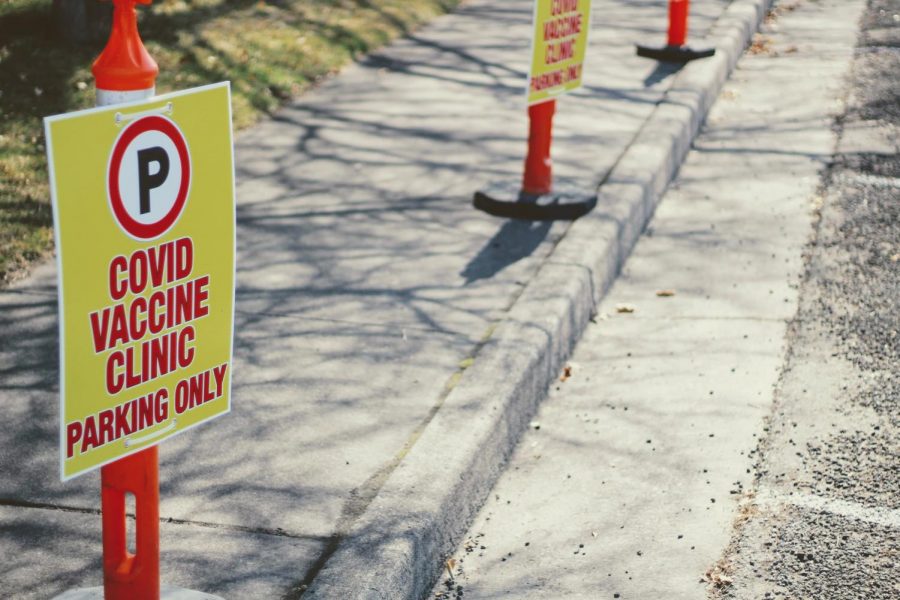 Mid-Pacific students 16-years-old and older are getting vaccinations as Oahu moves into phase 2 of its vaccination plan.

An increasing number of Mid-Pacific juniors and seniors are receiving COVID-19 vaccines as Hawaii moves into phase 2 of its vaccination plan.

Phase 2 of the vaccination plan allows everyone above the age of 16 to receive a vaccine. Oahu was the last of the islands to go into phase 2 on April 19, according to the Hawaii Department of Health.

Over one million cumulative doses have been administered in Hawaii, totalling 35 percent of the total population fully vaccinated, according to the Hawaii DOH.

Despite this, some students 16 years and older have already gotten the vaccine due to the number of extra doses at the end of each day.

Senior Alyssa Nakagawa received the Moderna vaccine through Safeway since the vaccines needed to be used by their expiration date.

“I wasn’t eligible for the vaccine at the time, but because there’s an overflow of vaccines, I was able to get it,” said Nakagawa.

Junior Sean Walrod received the Pfizer vaccine and experienced some side effects on his second dose, being bed-ridden for around two days.

“When I got it, two days before, I was already feeling down, so two days later, when I got the vaccination, it hit me a little harder because my immune system was already screwed up,” said Walrod.

Junior Keiki Pua’a received the Johnson and Johnson vaccine since it is a single-dose vaccine.

“[The people giving me the vaccine] asked if you were scared of shots and things, and I said yeah, so they said I think the Johnson and Johnson vaccine is best for you,” said Pua’a.

The Johnson & Johnson vaccine was paused in the United States since April 13 due to a small number of people experiencing a rare and severe type of blood clots, according to the CDC.

Top officials are saying that the pause will likely be lifted soon due to the lack of continued cases of the blood clots, according to the New York Times.

In addition to teens 16 and older, Pfizer requested to expand their authorization by the FDA to allow teens 12 to 15 years old to take their vaccine.

Walrod said that this was the right call for Pfizer to be able to get as much of the population vaccinated as possible.

“The sooner we can get everyone vaccinated and over this the less likely we’ll get mutations and variants, like the one from England. The faster we can act, the less time it’ll have to adapt and change,” he said.

Nakagawa said that the emphasis should be on the seniors before they leave for college.

“I just feel like the oldest should get priority, I guess. I mean, it’s not really fair. I would want to do it by age and highest risk, like how they were doing it before. I think you should vaccinate mostly the seniors before they go off to college,” she said.

Multiple colleges in America have made the vaccine mandatory for students to return to the campus and participate in on-campus activities, according to CBS News.

Pua’a said that the most important thing to remember is that, just with masks, getting the vaccine is both for protecting students and their families.

“I just feel like, just for me, to protect my grandparents, because they’re getting to an old age, and I want them to be there for my graduation,” she said.